As a corporate citizen, Icade extends its work beyond its own business activities through a dynamic patronage and sponsorship policy. The group supports committed individuals and groups that pave the way for action and push themselves to their limits to shape and build a more sustainable future.

In the cultural sphere, since 2016, the group has supported renovation and restoration work on the Basilica of Saint-Denis – reassembling the North Tower and its iconic spire – and its artistic heritage. Icade also helps to run the Fonds de Paris, allowing it to devote itself to improving the capital and raising its profile. Finally, the group is one of the permanent partners of Pavillon de l’Arsenal, Paris’s information, documentation and exhibition centre for urbanism and architecture, and a unique venue where urban planning and its architectural achievements are available for all to see.

Sharing the values of competitive sport

Icade’s work is focused on the taste for human challenge, determination and pushing limits. The company’s sponsorship commitments reflect these values, which are shared by all employees.

The Group is sponsoring the young French table tennis prodigy, Prithika Pavade, ahead of the Olympics in 2024. It is supporting both the young star herself for her future studies and her professional integration, and the Saint-Denis club where she trains, including by funding equipment. Prithika Pavade has already won several French championship titles, both in singles and doubles, as well as a number of European medals.  With this partnership, Icade is also demonstrating its commitment to the Plaine Commune area and the city of Saint-Denis.

Icade is a partner of the French sailor from Brittany, Anne Quéméré, who has set herself the goal of crossing the legendary North-West Passage that links the Atlantic to the Pacific in a maze of water and ice. To achieve this feat, Anne is sailing on the SolarBoat, an Icade-branded prototype solar-powered vessel.

The first expedition, “Arctic Solar by Icade”, which took place in summer 2018, was interrupted by a violent storm that forced her to abandon her attempt. But the experience provided a great deal of valuable lessons on just how far human limits can be pushed and on the environmental upheaval she experienced in the Arctic. Anne filmed a documentary on her journey, entitled Passagère de l’Arctique (Arctic Passenger), which highlights the increase in glacial melting, the formation of icebergs and coastal erosion. 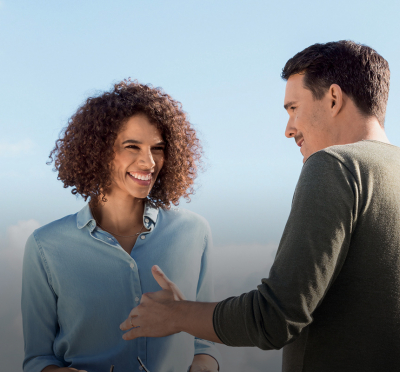