For the second year in a row, Icade is publishing an Annual Integrated Report based on the recommendations of the International Integrated Reporting Council (IIRC). Intended for all of our stakeholders, this report provides a clear and transparent view of our ability to create value in the short, medium and long term for the benefit of our customers, partners, employees, local authorities and communities, and society as a whole. This year, this initiative coincides with the completion of a key milestone in Icade’s history: the collective expression of our Purpose.

This annual report was prepared prior to the current Covid-19 crisis in France.

NET PROFIT ATTRIBUTABLE TO THE GROUP

In response to the French government’s urging at the end of March 2020 and in line with our commitment to act responsibly, Icade’s Board of Directors submitted a dividend of €4.01 per share for shareholder approval at the General Meeting of April 24, 2020. This dividend relates exclusively to the SIIC dividend payment obligations incumbent on the Company at the end of 2019. 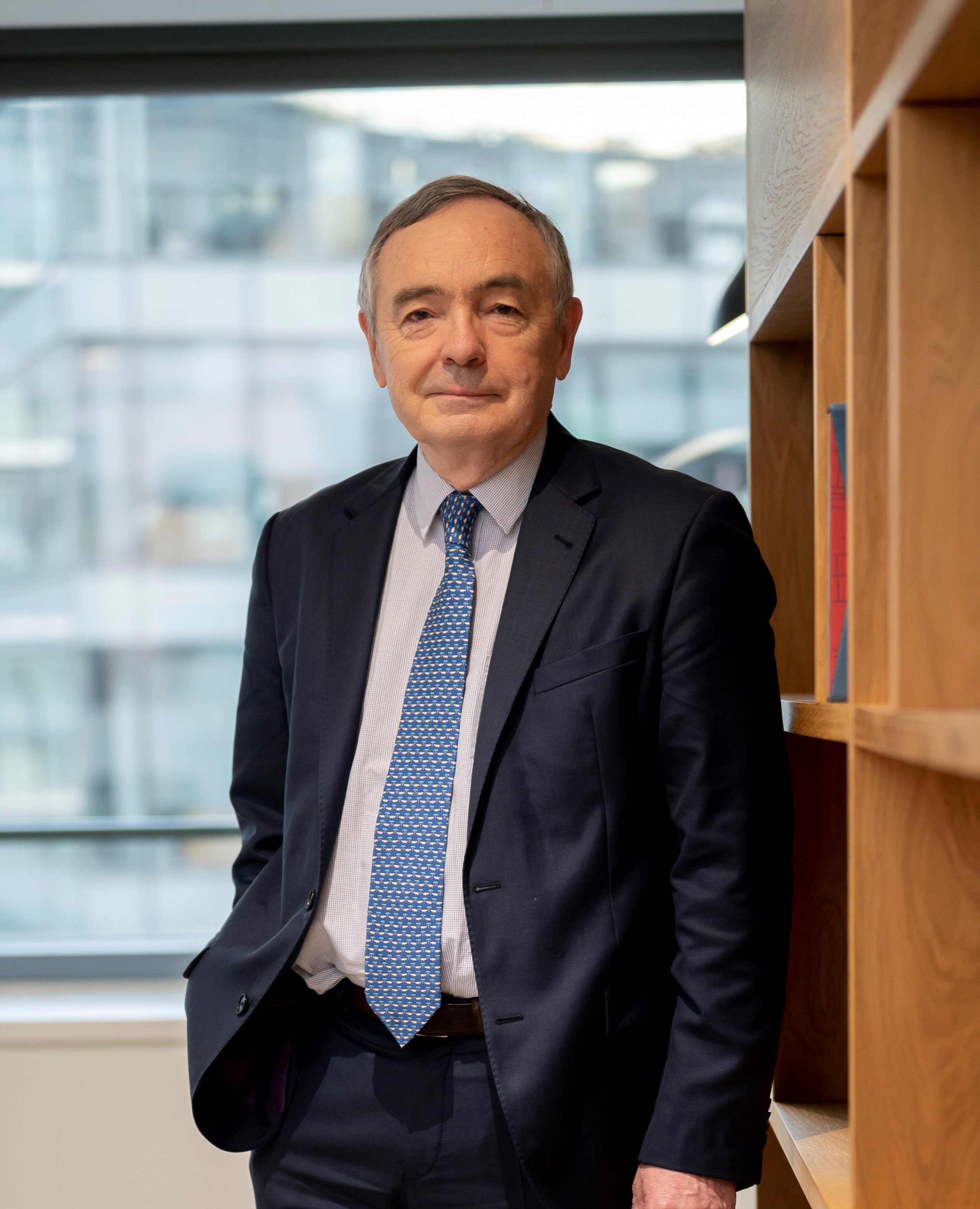 Frédéric Thomas Chairman of the board of directors

« Since it is compelling, transformative and measurable, Icade’s Purpose gives meaning to what we do and acts as a thread that runs through all our projects. »

Eleven employees, from all Icade support businesses and functions, were able to ask Olivier Wigniolle, Icade CEO, their questions. Emblematic achievements, business objectives, CSR & innovation commitments ... The opportunity to look back on 2019, a year rich in success, and to tackle the major priorities to come.

Over the course of 2019, we worked on defining our Purpose. How do you view these collaborative efforts and the summary we ultimately arrived at?

What tangible impact will the Purpose have on our activities?

2019 was the first year our strategic plan was implemented. What conclusions do you draw?

Icade outperformed the stock market in 2019. How do you explain this?

What were the main achievements of the Office Property Investment Division in 2019?

Further expansion into international markets, an inaugural bond issue... Icade Santé experienced a number of defining moments in 2019. What is coming up in the medium and long term?

Low carbon became a priority for all our divisions in 2019. What have you planned for 2020 to enable Icade to improve its performance in this regard?

Has the launch of Urban Odyssey signalled a new stage in Icade’s innovation strategy?

What are our business priorities for 2020?

« We had already begun giving it some thought at the end of 2018 and the PACTE Law was the catalyst which offered us an opportunity to formally launch the debate internally and with our stakeholders. Most important to us was to agree on a consensual formulation, reflecting the opinion of as many employees as possible in line with the expectations of our business environment. This is why we envisaged a collaborative drafting process. Many of you were involved in it, including employee representative bodies. One example illustrating the teams’ interest in this topic—a few short hours after the first invitation to become involved was posted on the platform dedicated to this question, 450 employees had already responded! Over 200 employees were subsequently actively involved in the various workshops. Thanks to this collective undertaking, the summary we obtained perfectly echoes what the participants expressed and what we really are—our Purpose arises out of our history, our DNA, reflecting what we are today and above all what we hope to be tomorrow. It mirrors our ambition, in line with the highest sustainable development goals, those of the UN in particular, concerning cities and the increased concentration of the population in metropolitan areas. Our directors were also deeply involved in these collective efforts and were instrumental in formulating our Purpose, the final version of which will be presented by the Board of Directors to the General Meeting on April 24, 2020. We are one of the few companies that decided to go the extra mile in defining and stating our Purpose, making it a thread that runs through all our activities... I bet it will lead to some interesting discussions! »

« 2020 will give each business division and support function the opportunity to appropriate the Purpose and detail it in operational terms in its roadmap. In practice, that means that everyone will identify the commitments they wish to make and also undoubtedly ponder over what they’ll have to renounce to be in line with our Purpose. At the same time, we have introduced a new assessment criterion for projects that are submitted to our Commitment Committee so as to assess to what extent the project presented is in line with our Purpose. It’s not an easy question and we are going to have some very serious discussions on the topic. In parallel, despite the non-financial indicators that we produce on a regular basis for our CSR commitments, investors are asking us for more and more information on the issue. For example, they are asking us for detailed explanations about what we are actually doing to reduce our carbon footprint, improve our societal impact and contribute to professional integration as part of our construction projects. I am convinced that over the next two years investors will turn away from companies that fail to provide tangible proof of their commitment and the steps they have taken with respect to these matters. By the end of 2020, we will have also defined the way in which we will assess whether the objectives of the Purpose have been achieved. Will we make this assessment internally or call upon an external committee or ESG rating agencies? Regardless of the choice we make, we have to be as transparent as possible about it. »

« We ended 2019 a little ahead of schedule, particularly in two areas. First, we made more acquisitions with the Healthcare Property Investment Division than we had imagined, equivalent to over 25% of our 2019–2022 growth plan. Then, in a favourable market environment, a large volume of disposals by the Office Property Investment Division gave us the funds required for our future expansion. However, as 2018 was a record year in terms of revenue and completions, we have observed that the property development market has slowed down. As a result, we have experienced a drop in revenue in 2019, just like the majority of other players. We had anticipated this decline by being very conservative in our forecasts. In 2019, Emmanuel Desmaizières, who was appointed CEO of Icade Promotion, drew up a new roadmap with a very ambitious expansion plan. As such, 2020 will actually be the first year of the plan’s implementation for Icade Promotion. »

« Yes, we did! And since 2015, our stock has performed better than any other property investment or property development company in France. Presenting a four-year plan that is both detailed and ambitious to the market has enabled us to attract investors who need to clearly understand our mediumand long-term strategy. That helped the share price rise but it also put pressure on us to deliver on our plan! And because investors appreciate such transparency, such clarity, we have increasingly met with them in Asia, the United States and Europe to explain what we do, how we do it, what we are going to do and, above all, why it is a good idea to buy Icade shares. »

« In 2019, we completed eight very sizeable projects representing over €505m in investments which are 94% leased. We benefited from a market environment which was favourable to our development pipeline, a key driver of value creation for the Office Property Investment Division. Examples of these projects include Le Castel in Marseille, Quai 8.2 in Bordeaux and Pulse in Saint-Denis, the building for which we signed a lease at the end of the year with the Organising Committee for the Olympic Games. In total for the year, leases for 210,000 sq.m were signed, reflecting Icade’s very strong leasing activity. The Office Property Investment Division also made major asset disposals, including the Crystal Park building in Neuilly-sur-Seine and 49% of the Eqho Tower in La Défense. »

« 2019 was also very eventful for Icade Santé! The Healthcare Property Investment Division stepped up its expansion by investing €750m, including €350m outside France in Europe. Icade Santé also launched its first €500m bond issue on very favourable terms. To maintain our leadership position in an increasingly competitive asset class, we will continue to invest in both France and Europe and build partnerships with operators who have trusted us for many years. At the same time, we have announced an upcoming liquidity event in our plan. To finance its growth, Icade Santé raised capital from large institutional investors in 2012 and we are going to have to make it easier for our minority shareholders to sell their shares by the end of 2022. Several options are possible: to join forces with another company to create a major player in the industry, to have Icade Santé go public or to sell assets. »

« Low carbon is our top environmental priority. The goal of all our divisions is clear: to align ourselves with the low-carbon pathway set out in the Paris Agreement adopted at COP21. For the Office Property Investment Division for example, we have an ambitious objective, namely to reduce our carbon footprint by 45% between 2015 and 2025. We are heading in the right direction. To accomplish this, we have to succeed in interesting our tenants in this matter and assist them in reducing CO2 emissions related to building use. This task will not be easy but by providing information, conversing and raising awareness, we will be better able to work together with our tenants and achieve our objectives. »

« Urban Odyssey arose from a desire to rethink our relationships with the start-up ecosystem. In contrast to the traditional method which focuses on investing in existing start-ups, we first sought to set up a Graduate Programme to meet young graduates who already had innovation projects and were willing to develop them by working with us. The experience was a success as we enrolled our second group in 2019. To ramp up our innovation efforts even more, we created Urban Odyssey, a start up studio aimed at supporting entrepreneurs by assisting them in developing their ideas and launching their own company. We entered into an agreement with the HEC Incubator which is also involved in exactly the same activity. This first edition provided many insights and encounters. It is still too soon to make an assessment but I sincerely hope that Urban Odyssey will allow for the emergence of new companies. We decided to focus on five projects in the first edition, all in connection with the smart sustainable city of tomorrow. »

« We are poised to begin the second year of our plan’s implementation. For the Office Property Investment Division, this year’s priority will be to expand and deliver our development pipeline. I should mention the largest project, Origine in Nanterre, and new projects for which we will have to obtain pre-commitments. For the Healthcare Property Investment Division, we will continue to make acquisitions in France and Europe. For Icade Promotion, we need to give fresh impetus to commercial property developments. We will also have to start work on the 19 major projects that were awarded in 2019. 2020 is shaping up to be another intense, eventful year for Icade! »

Since late 2018, Icade has undertaken extensive collaborative work on its Purpose. These efforts, carried out in several key stages, brought together all of the Company’s employees including their representative bodies and all of its stakeholders including B2B and B2C customers, shareholders, local authorities and suppliers.

An integrated model that creates sustainable value for all. 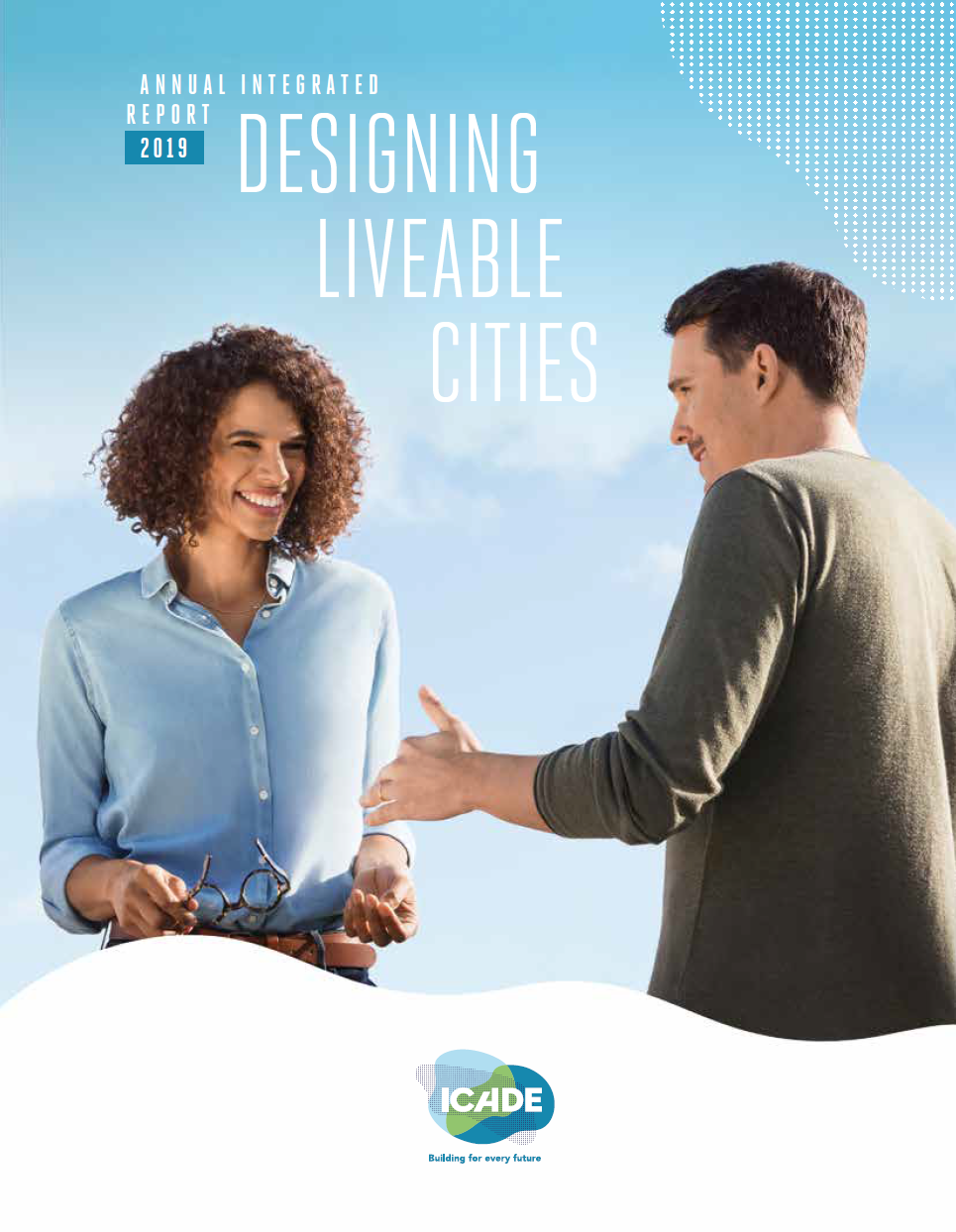 Our standout achievements in 2019